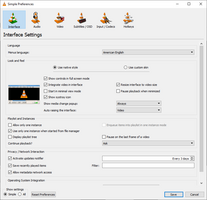 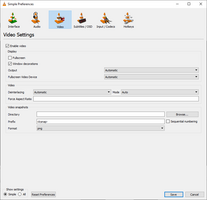 Advertisement
VLC Media Player is a multi-platform, open-source media player distributed under the GPL license that lets you play virtually all of today's most popular video and audio formats.

It supports MPEG, DivX, WMV, AVI, MOV, MP4, MKV, H.264/AVC, FLV, MP3 and OGG among many other codecs and container formats, as well as Blu-rays, DVDs, CDs, and different streaming protocols. Plus, if you have any corrupted or half downloaded files, it can read incomplete video and audio files. It also supports different types of subtitle formats, such as SRT, ASS or native files extracted from discs, and can be customized in style, size, and screen layout.

If the app's interface seems too simple, you can modify it by using skins. VLC Media Player can also be controlled through the command line, telnet or a web browser, so its features go beyond a simple media player.
Useful VLC Media Player features you might not know about

VLC Media Player is one of the most-used media players now available, not just for its stability and versatility when it comes to playing all sorts of multimedia files, but also for the number of extra features it includes. These are some of the many features that lots of people don’t know about for the player from VideoLan, such as the option to change the format of your videos, do live captures of what’s happening on the screen, download YouTube videos, or even record disks in physical format.
See more

I really like this app but recently it crushes anytime I am watching a video. Please I want to know how to stop it from crushing. I am using version 3.0.8